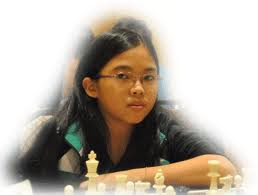 This year KLCA has adopted a policy to facilitate participation of the best young players available and we are very happy with the results at national level.

Mas Hafizulhelmi was the co-winner of the Malaysian Masters with another 15 year old in Camilia Johari emerging the champion in the woman section. Before that, at the National Closed Championship 18 year old Wong Jianwen was a successful qualifier and so am with Mas, Camilia and Li Ting, now a also member of our National Team together with UK based 21 year old Lim Zhouren.

Our other nominees in 15 year old Dilwen Ding and 12 year olds Bausch Koh and Ng Jen Sheng are all starting to develop promisingly as well. Not to mention the potential shown by 6 year old Amir Faiz Amirul and his 11 year old sister Amira Farhana Amirul.

At the Inter State Teams held in Sabah, Mas led a young team to an expected second place and that included Camilia and even younger 9 year old Lye Lik Zang. (A still young Dr Zaidan Zulkipli completed the team!). Both Mas and Lye won Gold Medals for their performances on first and fourth boards respectively.

In 2014, KLCA hopes to be able to build on this success, perhaps even on the international stage!
Posted by Peter Long at 17:38