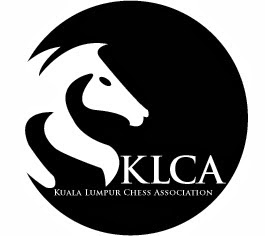 It is now just two weeks to go to the start of the DYTM Raja Nazrin Shah KL International Open Chess Championships so it is time to remind all participants to take a look at the tournament prospectus earlier posted at http://www.klchess.com/2014_01_01_archive.html#6437743226790159300 and to read it carefully especially as regards to schedule, prizes and entry fees.

As always there are some reminders:

2. Note that unless requested for, all players are expected to check out on 11 April (the hotel has kindly agreed to after last round game is finished but latest is two hours before the 4 p.m. closing ceremony) and with many of the players being advised to fly the same night to Bangkok by the organisers of our sister tournament there, that is the sensible thing to do. I too will be on a 8.50 p.m. flight that night, which gives just about enough time to get to LCCT if going straight from the hotel.

3. Where possible we are trying to provide airport pick ups (especially for those coming for the first time) but for those arriving when we are doing the final set-up late 3 April and early 4 April, it is not difficult and inexpensive (significantly less than RM 100) to jump on a budget taxi to Olympic Sports Hotel in Jalan Hang Jebat, Kuala Lumpur.

4. The Swiss Manager file will only be put online on www.chess-results.com (with a link on this website) after we have updated the ratings of players from the 1 April FIDE Rating list but subject to any last minute emergencies, the final list of participants should be as follows:

(Yes, there some foreign players who entered earlier and whose name had appeared elsewhere on posts in this website, but are not listed above and this is because we have not gotten the final confirmation as asked for, either through receipt of payment or your flight ticket and we appreciate that some are still waiting for visas, but if you are present at the 11 a.m. Technical Meeting on 4 April, we will certainly include and pair you).
Posted by Peter Long at 10:19 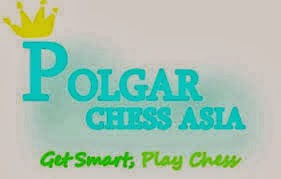 In conjunction with the DYTM Raja Dr Nazrin Shah KL Open Chess Championships 2014 and to provide a final practice session for young Malaysian talents participating in the National Age Group Championships from 12-14 April 2014, POLGAR Chess Asia is organising a one day rapid event on Sunday 6 April 2014 at the Olympic Sports Hotel.

2. Eligibility:  Players who are entitled to participate must not have reached the relevant ages before 1st January 2014.

3. Organiser: The Tournament is organized by the POLGAR Chess Asia (PCA) with the support of KLCA and will be played under the FIDE Laws of Chess.

4. Schedule:  All participants are to report at venue 30 minutes before the scheduled starting time to register their attendance with the Arbiter.  Registration will be closed at 8.45am. Tournament starts 9am & estimated completion time is 6pm after prize presentation. Lunch is available from 12-2pm.

8. Closing Date of registration:  31 March 2014, 7.00 pm.  Late entries and entries without payment will not be accepted.  Entry fees are non-refundable.  Acceptance of entries is on first-come-first-serve basis as places are limited.

9. The organizer has the right to reject entry(s) and decide on appropriate changes according to the requirement of the tournament.
Posted by Peter Long at 18:26

KLCA has been facilitating the entries of our players with MCF for the National Closed Championships from 12-16 March 2013 and to date they are: 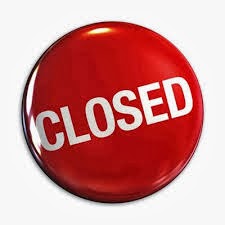 With today being the official closing date, we are, as promised, publishing our final entry list - but if you have registered and are missing, do let us know - and we will of course still be trying to accommodate any truly deserving entries!

On the spellings of your names, don't worry too much (but point it out to us if you will), because we will follow your FIDE ID and use the April 2014 list when it comes out, and that too will be published, this time on www.chess-results.com with a link on the KLCA website.

Not too many Malaysians are playing, but that year in year out that has been the case and expected with our players largely amateurs having limited leave from work and school. This is also an Olympiad year with selection foe the national team still going on via the coming National Closed Championships and then the Malaysian Masters. We also have no doubt some foreign entries too will also drop out for various reasons.

But on the whole these will be the participants, and if I am counting right, we have 44 titled players from a total of 92 including 18 with the GM title and 18 with the IM title!