The KLCA had written to MCF Ratings Officer of our intention to hold the FIDE-rated 2015 Kuala Lumpur International Open (KL Open 2015) in conjunction with our country's 58th Merdeka Day celebrations.

The 2-day FIDE-rated Rapid event which will be held on the 30th and 31st of August 2015 in Kuala Lumpur, Malaysia will have an initial Prize Fund of RM10,000.

Names will be published on a first come, first served basis. 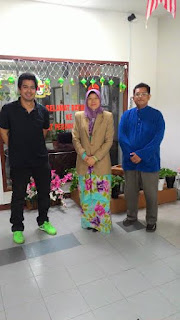 KLCA would like to thank Y.B.Datuk Zaiton Othman and her officer for the professional courtesy extended and hospitality given.
Posted by amFA at 19:30 Links to this post